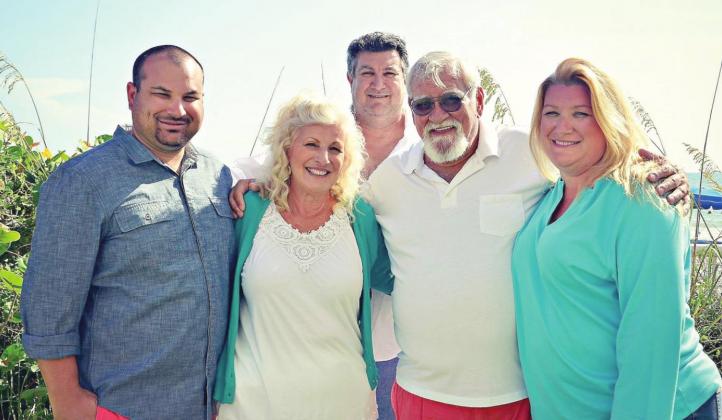 Father’s Day is a special time to recognize our fathers for the many years of arduous work and sacrifice they have given. Traditionally it’s a celebratory occasion, but for some it can be a lonely day marked with grief and sadness.

My family knows that feeling all too well, as our father passed away in May 2021. As I think about this upcoming Father’s Day, I have a smile on my face, a small knot in my stomach and a tear in my eye.

I am from a large, Italian family raised with my parents, two brothers, multiple nieces and nephews, cousins, aunts, and uncles who were always within reach of our home. My father, Peter Coschignano, was the patriarch who held us together. We miss him immensely, but the memories and values he taught us keep him in the forefront of our everyday lives. So, as I began writing this column, I felt compelled to not only mention my own father, but to also learn the historical perspective of this annual recognition.

Traditionally, Father’s Day is an observance of the paternal bonds and overall influence of fathers in society. In many Catholic countries of Europe, and since the Middle Ages, Father’s Day has been celebrated on March 19 as St. Joseph’s Day.

On this side of the pond, according to History.com the first celebration of fathers in the United States was held on July 5, 1908, at a West Virginia church. Hosted by the church, it was the nation’s first event to explicitly honor several fathers who had recently perished. A Sunday sermon, in memory of 362 men who had died in a previous December explosion at a local coal mine in Monongah, West Virginia, was a one-time commemoration for fathers.

The following year, a Washington state woman by the name of Sonora Smart Dodd, one of six children raised by a widower, began working to establish an official custom equivalent to Mother’s Day, for male parents. She went to local churches, the YMCA, shopkeepers, and government officials to drum up support for her idea and was successful: Washington State celebrated the nation’s first statewide Father’s Day on June 19, 1910.

Slowly, the holiday spread in popularity. In 1916, President Woodrow Wilson honored the day by using telegraph signals to unfurl an American flag in Spokane, Wash. In 1924, President Calvin Coolidge urged state governments to observe Father’s Day as an annual tradition. Presently, Father’s Day is celebrated annually in the United States on the third Sunday of June.

Accordingly, the Osceola Council on Aging (OCOA) celebrates Father’s Day throughout the month of June by hosting Father’s Day parties, fishing trips and a special campaign to honor fathers titled ‘Dinner for Dads.’

Our Dinner for Dads campaign is an opportunity to celebrate the many Dads in the Osceola community. In lieu of gifts, we began a tradition to urge the community to donate to our program in honor of all fathers to help provide nutritious meals to those in need. Further, this program also supports our ongoing fight to end senior hunger in the Osceola community. To learn more about this fun, celebratory Father’s Day program, visit https://osceolagenerations.org/dinners-for-dads/

In closing, I want to say, I had the best father (Daddy) in the world. To this day, I am proud (even at 52) to still say, “I was Daddy’s little girl.” He will always be the best man I know. Happy Father’s Day to him in Heaven, along with all those families who are still able to spend that special day with their dads.

To see more guest columns by Wendy, go to https://osceolagenerations.org/councils-corner/